The plastic burning smoke density tester is a new test equipment for measuring smoke density, which is based on the technical conditions stipulated in the national standard GB8323.2-2008, which is suitable for measuring the specific light density of smoke produced in the combustion of plastics, and the maximum light density is the test result. It is used to assess the smoke performance of plastics under specified conditions. Conforms to GB8323.2-2008 plastic-smoke Generation-Part II: Single-chamber method for the determination of smoke density test method and ISO5659.2-2006 "plastic-Smoke Generation-Part II: Single-chamber method for the determination of light density". The whole instrument consists of a closed test chamber, a photometer measuring system, a radiation cone, a combustion system, a igniter, a test box, a stent, a temperature measuring instrument, and a smoke density test software; the circuit is developed with single-chip microcomputer, with high technical content and stable performance. This instrument is suitable for all plastics, also applicable to other materials evaluation (such as rubber, textile cover, paint, wood and other materials), the plastics industry, solid materials industry, production plants and research laboratories widely used.

The main technical specifications and working conditions of the equipment are fully based on the technical conditions stipulated in the national standard GB/8323.2-2008, in line with the GB8323.2-2008 "plastic-Smoke Generation-Part II: Single chamber method for measuring smoke density test method" and ISO5659.2-2006 Plastic-Smoke Generation-Part II: Single-chamber method for the determination of light density, and according to the above standards stipulated in the terms, technical indicators and technical requirements as the basis for the equipment performance evaluation, acceptance conditions and acceptance criteria.

16. The speed of light 51mm diameter, the computer automatically record light density according to light changes.

18. The lower aperture has the annular heater, causes the light window the temperature to 50℃-55℃, may cause this surface the smoke concentration to be lowest.

Other parameters and introduction

1. The front door has windows and can block the inspection of the activities of opaque matte

5. The radiant cone is composed of heating elements with rated power of 3500W

6. The surface of the radial cone hearth is 50mm.

7. Radiation intensity: adjustable between 10kw/㎡~50kw/㎡. 10kw/㎡~50kw/㎡ radiation illumination is provided at the center of the sample surface.

9. Burner: by the igniter and nozzle composition, nozzle above the sample surface 10mm horizontal position, and placed in the specimen center position. 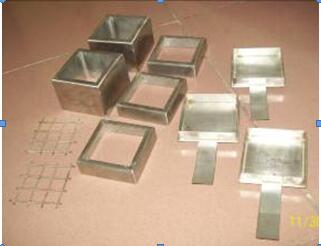 Standard: CFR 1615/1616 STANDARD FOR THE FLAMMABILITY OF CHILDREN'S SLEEPWEAR